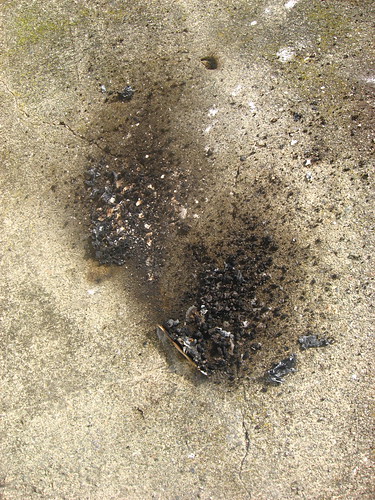 Balsa Man and Burning Man are over for 2008. I’ve traded numerous stories with friends who were on the playa, shared videos and photos telling each other of our various experiences. They lavishly described the best playa moments of 2008 and I recounted the inspiring fun of Balsa Man.

Many I’ve talked to have asked me how I conceived of Balsa Man, why I choose to pour so much effort into the project, and whether I’m trying to make a statement about Burning Man. Like most things that motivate people, the answer to this is not a simple one that can be told in a single sentence. So for those that wonder, I offer the following as an averment of the driving force behind the phenomenon that is Balsa Man.

For various personal reasons, I decided to stay here in San Francisco rather than make my usual trip to Burning Man this year. I watched everyone around me hectically plan for the Playa and relaxed with the thought of all the free time I had. However, upon hearing of the numerous art projects, my creative energies refused to stand still; and as a result, the idea of Balsa Man was born.

Last year, The Burning Man was burned down early in the week. Faced with this calamity, the team of artists responsible for building The Man got together and decided to build it again. I volunteered and was fortunate to be part of the tireless and talented crew who assisted in the rebuild process. It was a truly memorable event for me, reshaping my perspective of The Man from an impersonal central structure to a detailed sculpture created by individual artists and craftspersons.

In many ways, Balsa Man is actually a Burning Man art project that just happens to exist off of the Playa. By holding Balsa Man on Baker Beach, where Burning Man first started, it remains symbolically connected to Burning Man, it’s community, and it’s creative spirit. The choice of location is as one may say a return to it’s roots, but I am using these roots as a source of inspiration rather than a form of protest.

Many people came to Balsa Man 2008 dressed in their burner finest and several were inspired to create their own miniature art projects. The mood of those who attended was joyful and it sparked numerous conversations and connections.

If there is anything I hoped to achieve through Balsa Man, it is to inspire artists in this city to keep making things no matter where they happen to be Labor Day weekend.