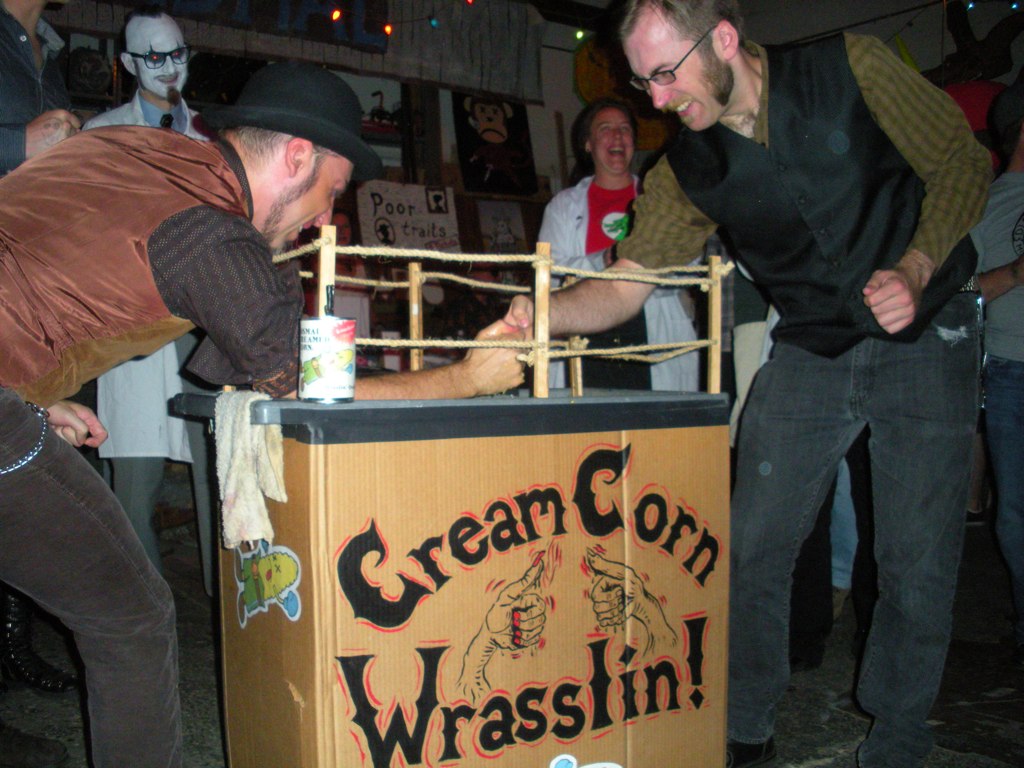 All you slackers who didn’t make it to Dismal’s Heathen Stomp surely missed out on a rip roaring wooting and hollering good time! One Man Banjo put on an amazing show as did The Mighty Lynch-Pins, and Creamed Corn Thumb Wrestling has to be the best worst invention in the history of sports! Though that’s not to knock the skills of those who played Jackalope Ringtoss or Pin the Finger on Danger Ranger. For those with patience to sit for a spell there was some high quality portrait art happening—or should I say poor-traits.

All in all it was a fine group of folks who showed up and spend their hard-earned money to support the creative works of The First Church of The Buzzard’s Holy Whiskey Missionary! If you know Dismal than you know the hard work they put into their creative missionary work.

If you would like to show your support for Dismal’s upcoming creative mission, you can donate to Dismal via PayPal.