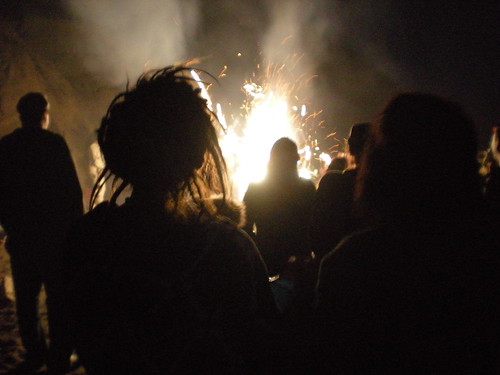 Balsa Man 2008 was a roaring success thanks to all the fabulous people who came and participated!

Big tiny thanks to:

Balsa Man will be back next year! And better than ever — though knowing him, he probably won’t be bigger than ever. So start fiddling away now with your balsa wood, as I hope to see your mini masterpiece at next year’s burn! Next year’s Balsa Man will have more time set aside for art as already there was so much art this year that you couldn’t see it all.

If you had limitless time, resources, volunteers, and most importantly motivation, what would you create? A hundred foot tower of steel? A giant rocking horse?

For Balsa Man 2009, create a small maquette of your biggest dreams!