Over the weekend I made my first movie using my new iPhone 4. All video and photos were shot during the load up of the Dismal art project with my iPhone 4 and then edited on the BART ride home from Oakland into the short video you see below.

My Review of iMovie for the iPhone

It’s obviously a 1.0 product but an amazing one at that. There are a few bugs and a few features that I’d like to see. On top of this the user interface could use a little work as I was left confused a number of times and much of the interface is hidden behind meaningless icons or non-intuitive touch gestures. Luckily MacWorld has a good Hands on of iMovie for the iPhone. 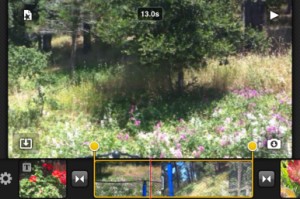 I still think it was worth the $5 as it’s great for what it is—though I seriously hope they fix the export bug soon. Also, I really dislike the lack of the ability to upload at full res. The fact that I can shot and edit 720p video all on the iPhone but still need a computer to publish online at full resolution is annoying. Secondly, the fact that it only works with video in the Camera Roll seems like an artificial limitation and I hope they fix that soon.

I’m also happy that Apple is charging for this app as it encourages 3rd parties to create their own video editing apps. I’d gladly pay money for a more functional and easier to use app.

One last thought that is a comment on the iOS in general: The fact that this app exports to the camera roll seems kludgey and really underscores the need for some sort of simplified universal file repository.